Donald Trump’s election made clear that the division between rural and urban communities is widening. Although social media and other technologies connect us more than ever before, rural and urban communities increasingly feel that they are misunderstood by the other. Trump further polarized this divide. Since people living in cities and those in small towns and rural areas 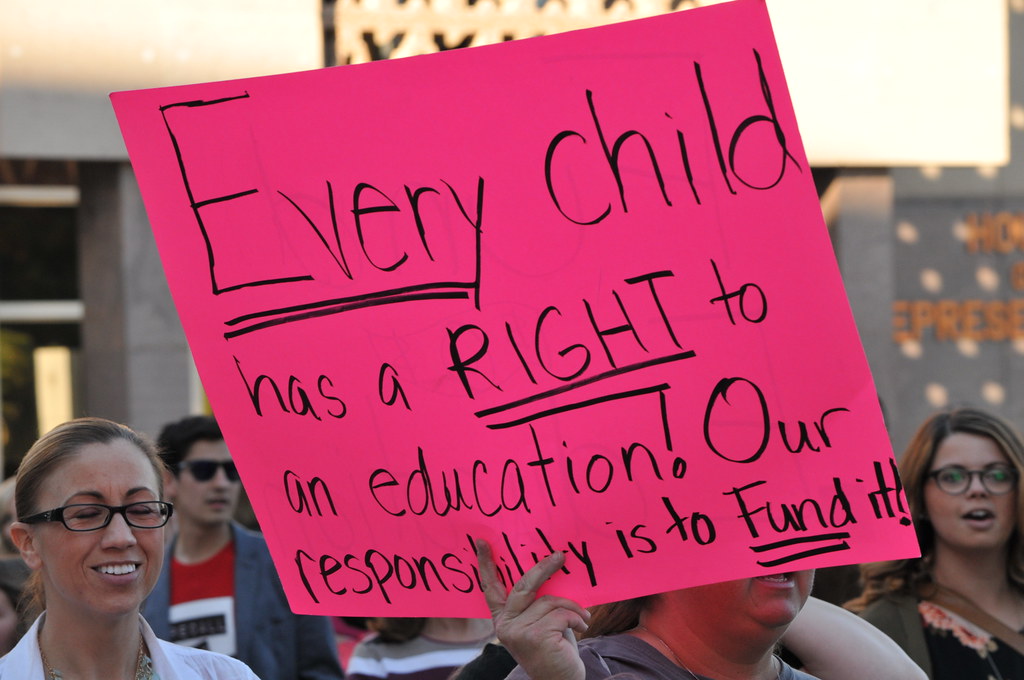 have such starkly different experiences and views about what direction the country should take, it is hard to imagine finding common ground.

But on the issue of school funding, rural and urban communities are natural allies. In fact, students and families in cities and rural areas have far more in common than their voting patterns might suggest.

Both rural and urban communities often lack the resources necessary to provide their students with a high-quality education. Students in rural and urban communities are disproportionately low-income, and as a result, these students frequently face significant barriers to academic success. For example, students in both areas experience high rates of poverty. Like many urban schools, schools in rural communities and small towns also typically have less access to effective teachers, advanced curricula, and many of the other hallmarks of a good education.

Inequitable school funding undergirds each of these disparities. The simple fact is that compared with suburban districts, rural and urban communities just don’t get their fair share of school funding despite serving high concentrations of disadvantaged students. In most cases this is due to how states and school districts fund their schools. The majority of state funding formulas are regressive or flat. In other words, they’ve got it backward. They provide as much or more funding to schools that are already more affluent. The United States is one of the few modernized countries in the world that provides fewer educational resources to lower-income students than more affluent ones.

At the district level the problem is compounded.

In most school districts, school funding is based largely on local property taxes. Places with low property values such as rural communities typically lack the wealth necessary to generate sufficient education funds on their own. And while some property-wealthy places such as cities have a much greater property tax base, many still cannot generate enough revenue to adequately fund their schools due to their relatively low incomes.

This is not to say that all states and districts refuse to adjust their formulas to better meet the needs of their students. On the contrary, places like New Jersey and Boston, Massachusetts restructured how they fund their schools to significantly benefit low-income and other disadvantaged students. Unfortunately, these places are the rare exception and not the rule.

Despite both suffering from school finance inequity, rural and urban districts rarely work together to address their shared problems. This is because they are often pitted against each other when states are restructuring their funding formulas. Education dollars are treated as a zero sum game: if urban districts win more funding, it must come at the expense of rural districts. And vice versa.

But it doesn’t have to be this way.

Instead, rural and urban districts will be most successful in achieving their common goal of funding equity by working together. Since underserved students tend to be concentrated in small towns,  rural areas, and in cities rather than suburban communities, the resulting coalition would represent the majority of low-income students, students of color, and English language learners in the state. By joining forces, these communities which are so often marginalized would have significant moral and political power.

This is exactly what’s happening in Pennsylvania. Earlier this fall, a school funding case was argued before the state Supreme Court. The suit was brought by many diverse parties, including the NAACP State Conference and the Pennsylvania Association of Rural and Small Schools.  Pennsylvania has the most inequitably funded school system in the country, leaving students in cities such as Philadelphia and in rural counties without the resources necessary to prepare students for life after high school. Yet this coalition of “strange bedfellows” has brought a challenge before the state’s highest court even after unsuccessful lawsuits in the 1990s.

There is power in a diverse coalition, and this alliance reveals that collaboration is possible even in a place like Pennsylvania where the political divide between urban and rural areas could hardly be greater. In fact, there is an old saying in Pennsylvania: “There is Philadelphia and Pittsburgh on either end of the state with Alabama in between.” And yet these divergent groups found a way to work together. That in itself constitutes success and provides a model for other states to replicate and build on.

If Trump’s election has taught us anything, it’s that we need to do a much better job bridging divides and understanding one another. And it is through finding common ground that we can truly make America great for everyone.